The Maltese descends from on of the most ancient dog breeds to be found in recorded history.It has een estimated that the breed originated around 6,000 B.C., or 8,000 years ago. Although the ancient Greeks and Romans believed the dog originated on the Island or Malta--they called the breed the Melitaie Dog, Melitaie being the ancient name for Malta--there is really no evidence that proves the dog was indigenous to the Island, but rather that the Maltese is descended from a Spitz-type dog bred by the peoples of the area which is now south central Europe. The breed was eventually distributed as an exotic article of trade from the ancient island trading center of Malta, hence the name, and from there migrated by caravans to the farthest reaches of the civilized world, including:the Middle East, Tibet,China, he Philippines, and Japan. 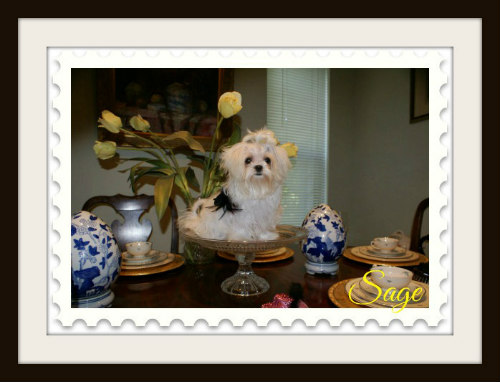